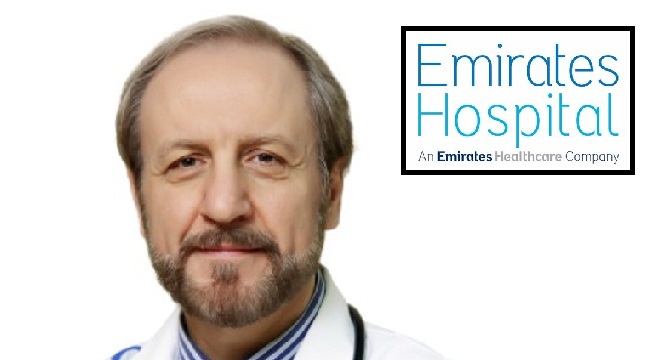 Tunisie-Tribune (pacemaker implant) – If you meet 70-year-old Maria, a Nigerian national, you’d never know she has a dual chamber pacemaker to keep her heart beating well. Full of life and vigour, Maria came to the UAE to treat her atrioventricular (AV) block. An AV block is a serious heart condition where the heart beats irregularly and much slower than usual. It can cause loss of consciousness or complete collapse. Patients with this condition need to have a pacemaker – a small device that rests inside your upper chest and connects to your heart with special wires where it operates steadily and silently. As such, when doctors in her home country advised Maria for an implant, she knew that this procedure required the services of an expert. Without wasting any time, she decided to travel to the UAE and approached Emirates Hospital Jumeirah for this surgery.

“When Maria visited us for the first time, her reports indicated that her heart was struggling to send electrical signals between the upper and lower chambers of her heart. This may lead to sudden collapse of the patient and could cause significant detrimental effects due to major injuries and sometimes death if a pacemaker wasn’t implanted immediately. As such, we implanted the most advanced dual chamber pacemaker, which is MRI compatible. This feature allows patients to perform scans and MRIs in the future without a cause to worry,” said Dr AllamAlkowatli, Consultant Interventional Cardiologist and Chief of Cardiology at Emirates Hospital Jumeirah, who recently implanted the first device at the facility.

Almost the size of a wrist watch, Dr Allam and his team implanted the pacemaker connecting to Maria’s heart within an hour. She was kept under observation for 24 hours and offered discharge the very next day. On the morning of her surgery, she was offered medication to make her feel sleepy and comfortable.

“An implant is a day surgery procedure but requires the services of an expert. Having this surgery by inexperienced cardiologists or surgeons can be harmful and may lead to major complications including lung puncture, significant bleeding, , blood clots, wound infection, fluids around the heart and rarely death.. While physicians in countries all over the world perform similar procedures and implant pacemakers, the UAE is now known for its great reputation in having such high expertise available, drawing several patients from all over the world to the country,” continued Dr Allam.

According to research report Global Medical Tourism Market it was noted that the global medical tourism market is projected to display a robust growth represented by a CAGR of 1.65 percent during 2018 – 2023. In the past few years, the UAE has become a central destination for world-class medical tourism, with Dubai ranking first in the Middle East due to its advanced treatment and facilities.

“While pacemakers are opted by several people to improve their living conditions, scepticism surrounding this device is yet very high. However, recent developments and advancements in technology have made the device so small and seamless that there’s no bump in the chest and the patients can barely tell they have a pacemaker at all,” concluded Dr Allam.

Known to be a device of the old, around 10 percent of people over the age of 70 have a pacemaker implanted in their chest. Approximately one million pacemakers are implanted annually, providing electrical stimulation to regulate a patient’s heartbeat. Conventional pacemakers are surgically placed under the skin of a patient’s chest, with wires, or leads, stretching from the shoulder vein and attaching to the heart. The cost of a pacemaker is higher than the average, but is covered under insurance and can last for 8-12 years.

A LA UNE
A LA UNE